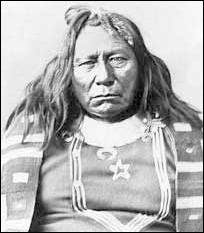 Before the first mining prospectors arrived in the Roaring Fork Valley in 1879 the area had been used by and was home to the Ute Indians for more than 800 years. Though our knowledge of how the Utes lived during those centuries is limited their respect for the land remains a central tenet of their lives and beliefs.

Pre – 1879
Ute Indian summer camps are located throughout the Roaring Fork Valley; Ute Springs, near present day Glory Hole Park near the Gondola at Ute and Original Streets may have been a campsite. Colorado becomes a state in 1876. “Meeker Massacre” or “Meeker Incident” occurred when Ute Indians revolted against Indian agent, Nathan Meeker, who forced them to leave their nomadic lifestyle and become farmers. Meeker and 10 other men died.