Skiing legend and iconic Aspen figure Stein Eriksen passed away at age 88 on Sunday in Park City, Utah, where he had lived for more than 35 years. He was the director of skiing at Deer Valley resort, and a five-star, mid-mountain lodge was named in his honor there. In Aspen, he was the ski school director at Aspen Highlands (beginning in 1958) and Snowmass (from 1967 to 1973), and had a multiple retail shops. There are tributes to him around town, including a ski run named after him on Highlands. 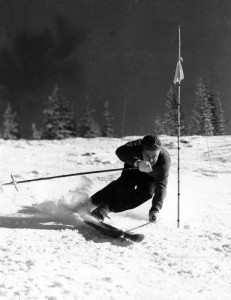 Eriksen rose to prominence at the 1952 Winter Olympics in his hometown of Oslo when he captured gold in the giant slalom and silver in the slalom. Two years later, he won three gold medals at the world championships in Are, Sweden. The charismatic Eriksen became the face of the sport and portrayed it in a new, exciting way. He could perform all sorts of stunts on skis, including somersaults — an early prelude to the tricks in freestyle skiing. He became an honored member of the U.S. Ski and Snowboard Hall of Fame in 1982.

Eriksen is survived by his wife, Francoise; son, Bjorn; three daughters, Julianna, Ava and Anja; and five grandchildren. He was preceded in death by his son, Stein Jr.

According to the Aspen Daily News, plans for a local memorial service will be announced at a later time. Stein’s band of merry Norwegian instructors intend on toasting Eriksen when they ring in the Norwegian new year at 4 p.m. on Thursday at Turks, site of the former Mountain Dragon in Snowmass Village.