There’s a thing called OFF-season in small destination mountain towns like Aspen, when the tourists leave and locals get to stretch out and have the place to themselves. In theory, it’s the most laid-back time of year! But in practice, it’s a yin- and -yang season. Some bad, some good, but mostly confused. Confused weather, confusing road construction projects, confusion about which outdoor activities to pursue (too muddy to bike or hike or golf, but too warm to ski…) And this spring OFF-season, in addition to being confusing, it’s LOUD.

You see, there’s a detour in place right outside my door, a change in the traffic patterns at the entrance to Aspen to accommodate for a road and trail improvement project on Hallam Street at the Castle Creek Bridge. So, my sleepy street block that’s usually so quiet you can hear people burping at Hickory House around the corner, might as well be in the middle of Times Square during rush-hour this OFF-season.

As controversial as this road and trail improvement project has become, I’m trying to channel the patience of a grateful citizen – I am looking forward to the improved pedestrian and bike access at the top of Hallam St. – but I can’t help but want to point a finger and find someone to blame for the annoying disturbance of my tranquil OFF-season! How yin of me. With the help of the knowledgeable AHS archive techs, I dug into my Archive to find a scapegoat from the past. Turns out…the entrance to Aspen issues…they’re all Mr. Holden’s fault. 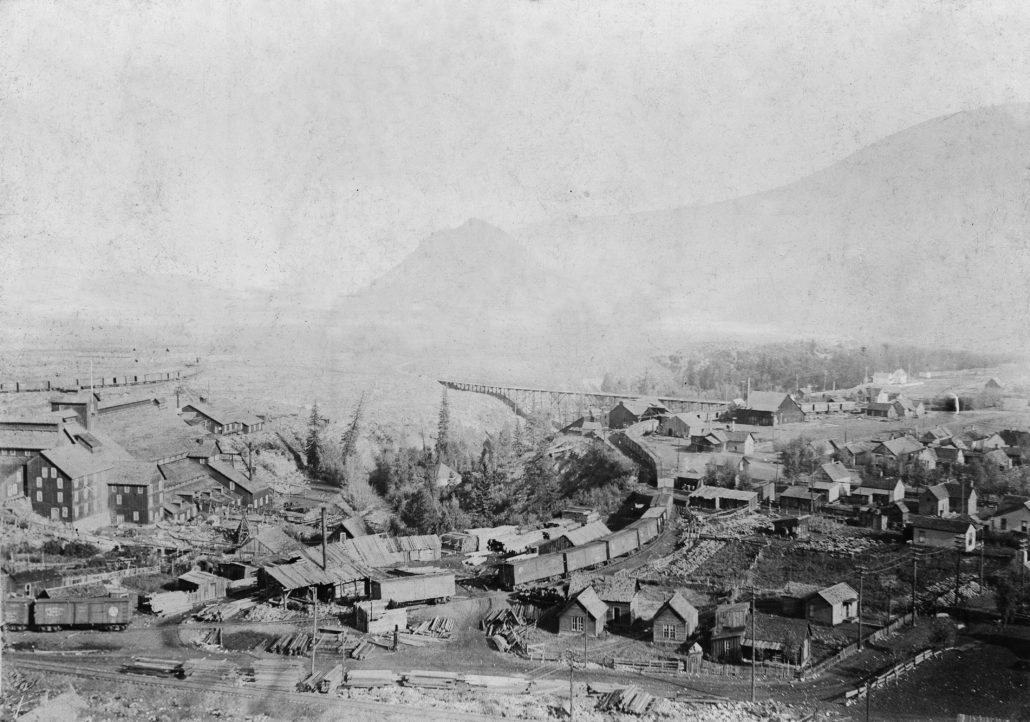 The City Sawmill, the Holden Lixiviation Plant across Castle Creek, and the Castle Creek Bridge, October 10, 1896.

In 1891 the construction of the Holden Lixiviation Works, a short-lived but cutting-edge ore processing plant, blocked the obvious straight shot into Aspen. The road was forced to detour around the plant instead of crossing Castle Creek at Main Street. Who was responsible for this? Well, a gentleman named Mr. Edward Royal Holden. 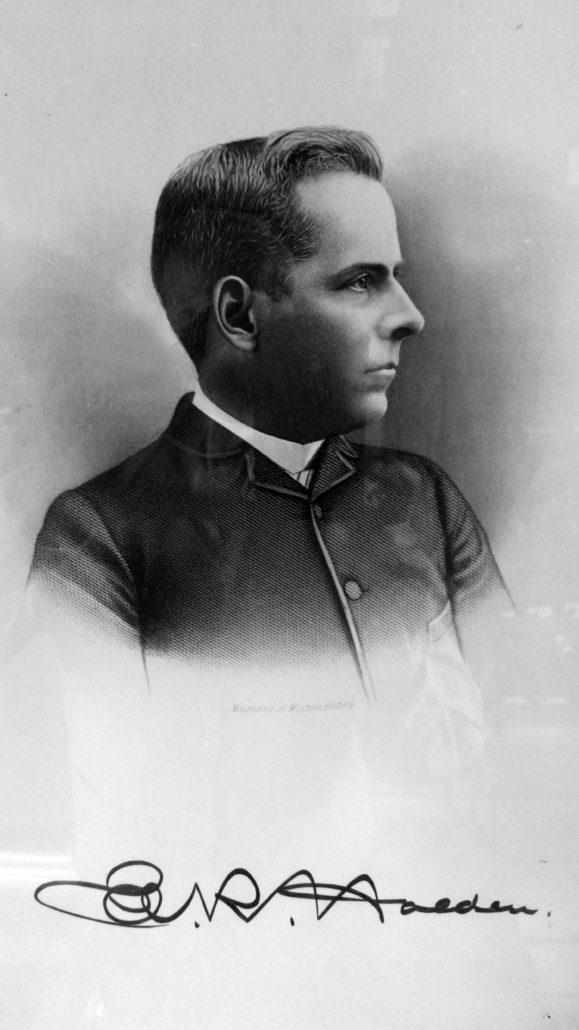 Holden, a well-known name in the mineral reduction industry, had set out to revolutionize Aspen’s mining enterprises by building a plant that would enable mine owners to process their silver ore locally, saving time and money. A new process called lixiviation would “revolutionize old methods and a create a new era in the mining industry.” So Holden wheeled and dealed to buy 400 acres west of town from the Colorado Midland Railroad to build the facility, only to close it a few short years later during the “silver panic” of 1893. But his decisions about the location of the sprawling operation had already erased any chance for a straight-shot entrance to Aspen. Instead, the Castle Creek Bridge was built on Hallam Street, opening the same year as the plant in December 1891, and the “S” curves were born. 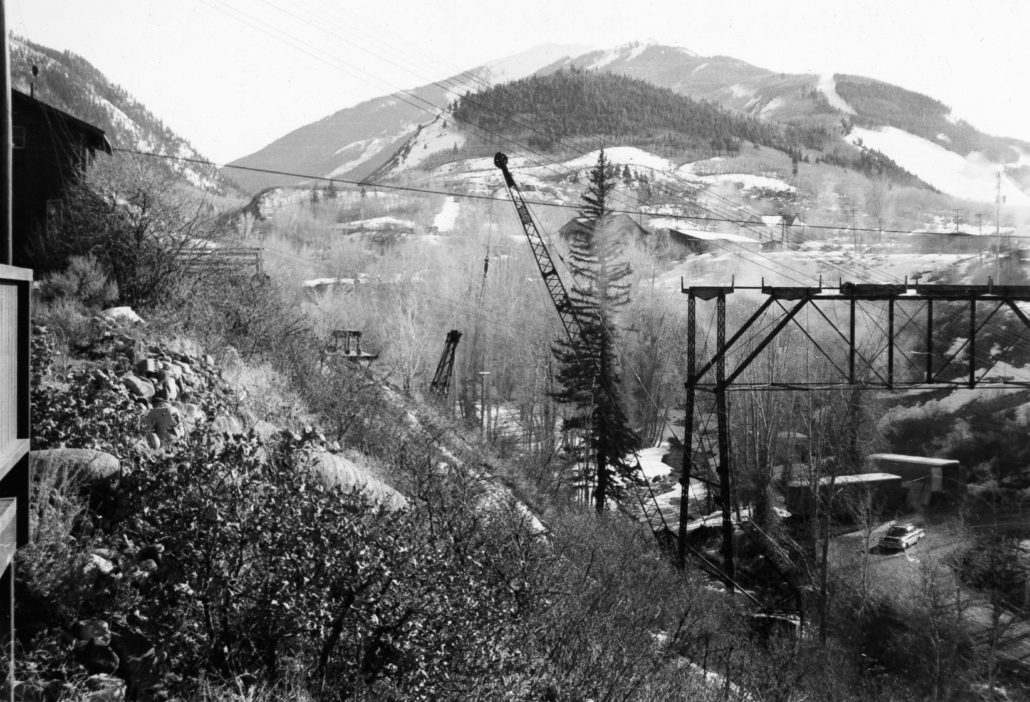 The old steel Castle Creek bridge is dismantled before being replaced in 1961,

Oh the “S” curves… Highway 82 was officially incorporated into the state highway system in 1911. It was paved to Aspen by 1938. The original bridge was replaced in 1961. In the last four decades, there have been 26 votes on the Entrance to Aspen and Highway 82. The debate over the fragmented gateway to town and its impact on Aspen is far from over. As for me, I find some relief in blaming Holden as I curse the temporary noise outside. My friends at the Aspen Historical Society, more forgiving souls, are trying to cheer drivers up with “punny” signs along our property. They even threatened to pass out treats in the traffic during particularly busy times… How yang of them.